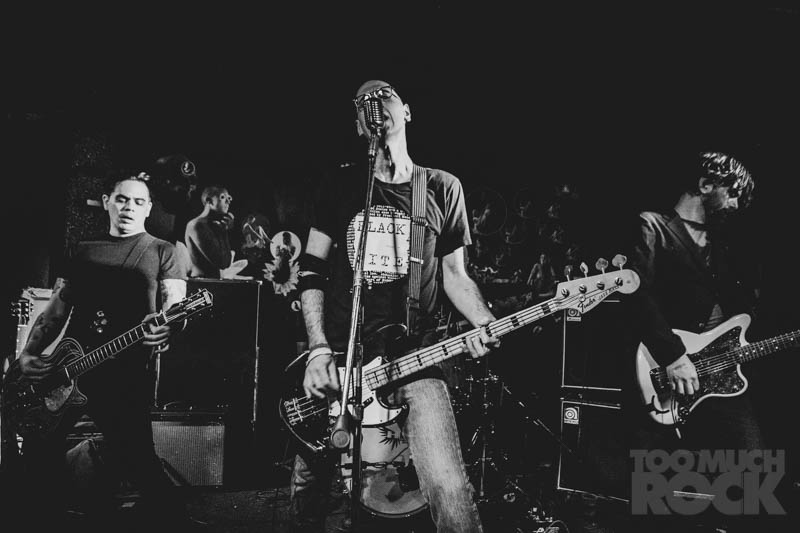 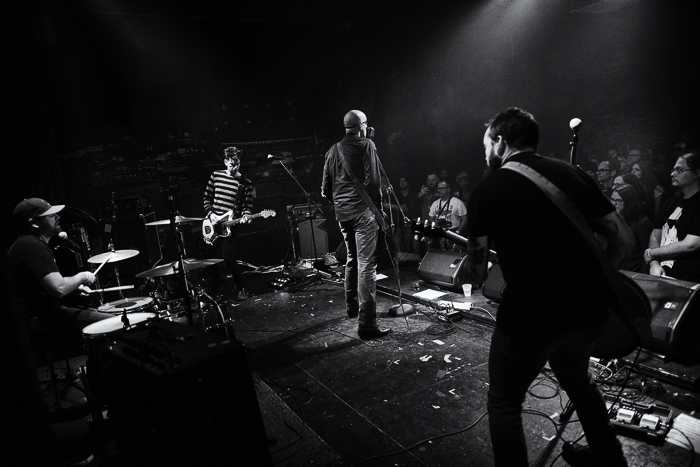 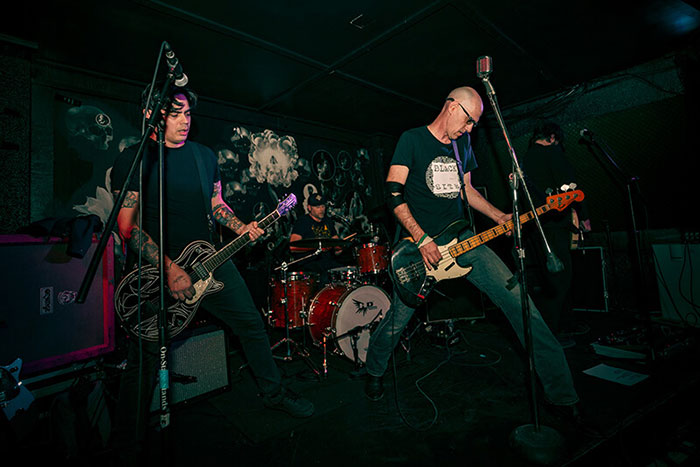 RED KATE is a no bullshit, class conscious punk rock & roll band from Kansas City, MO. The band’s newest single, an old-school 45 rpm ripper, is the seventh in the Too Much Rock Singles Series. The A-side, Iraqi Girl, is a grinding statement on American foreign policy, while side B follows suit with a cover of TSOL’s American Zone – a frank indictment of how we treat those sent off to impose that policy. It’s as relevant today as it was in 1984.

The TMR single follows last year’s split 7” with Lawrence, KS punks, Stiff Middle Fingers and 2016’s critically acclaimed sophomore LP, unamerican activities, both released on the band’s recently formed coop label, Black Site. With the election of an authoritarian narcissist to the White House and white supremacy again on the rise, these hard, fast and angry polemics on our current state of affairs have turned out to be unfortunately prescient.

RED KATE formed in 2007 from the remnants of regional and national acts Truck Stop Love, Wayback Machine, Squadcar, and Goodpuss. A couple of lineup changes over the years brought in former River City Revelators guitarist, Desmond Poirier on lead, and most recently, American Catastrophe front man Shaun Hamontree on rhythm.

The band’s sound tips a cap to the beer soaked barroom floors of the 70s British Pub-Rock scene and the modern post punk noise that has since taken root in Midwest dive bars and basements. Hard working both on and off the stage, the band’s locale has lent its perspective in sound, lyric, and work ethic. Straight off the factory line, RED KATE hearkens back to a time when musicians played hard, stayed up late, and carried a union card.

RED KATE released its first LP, When the Troubles Come, on Replay Records in 2013 and a split 7" on Mills Record Company with fellow Kansas City punks, The Bad Ideas, in 2014. 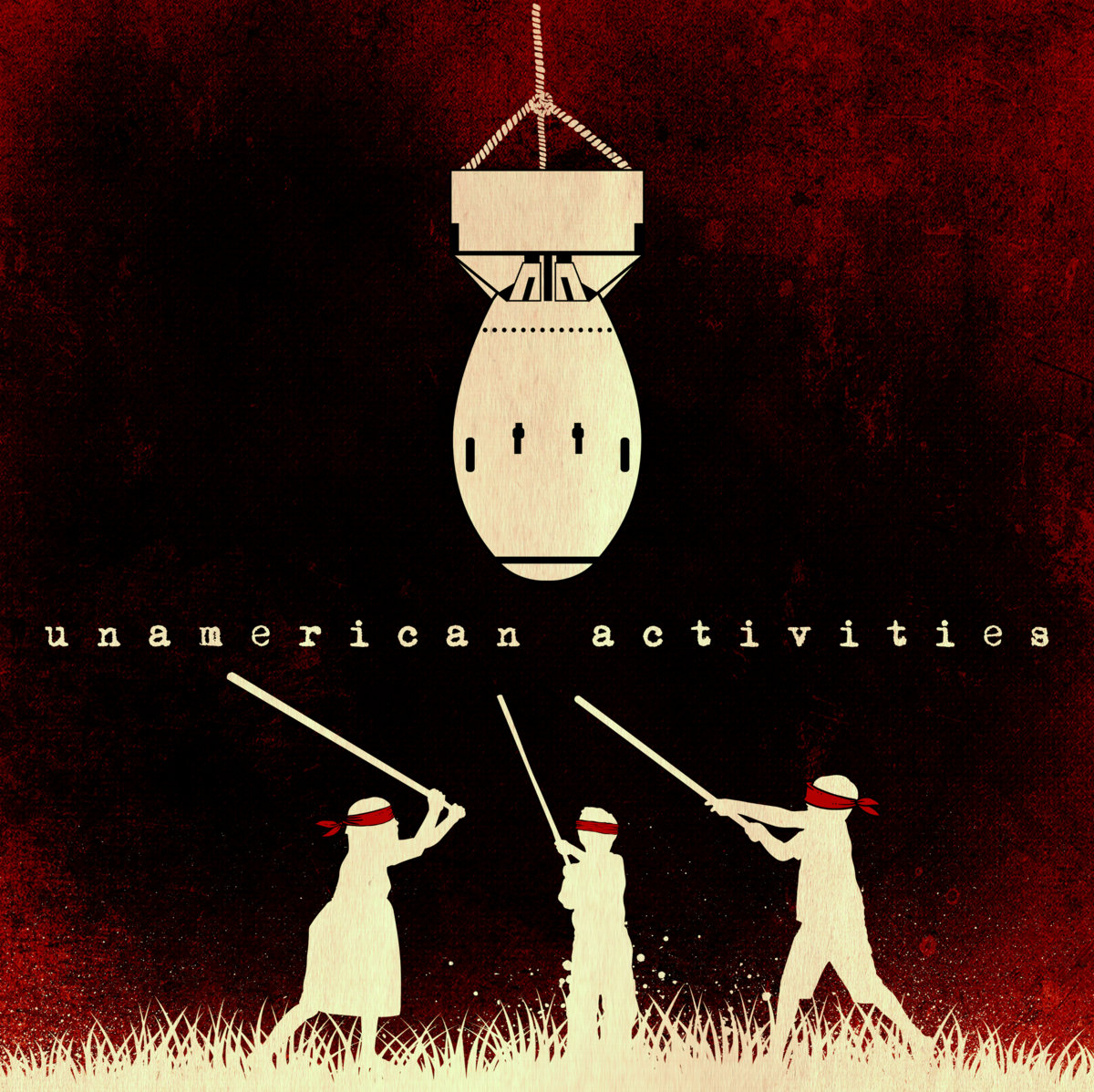 Critically acclaimed sophomore LP from KC's hardest working, most unapologetic rock and roll band.
"...an outpouring of pent-up political frustration and good old-fashioned punk rock that combine together for catchy-yet-unrelenting rock that checks all the major boxes for an incredible album." - Mills Record Company
"...the noise we need to hear. The reactionary force to the bullshit of everyday life." - I Heart Local Music

Eight minutes of tight chaos packed onto 7 inches of virgin black vinyl from two of the Midwest's finest punk rock bands. If this record doesn't make you move, call an ambulance. You may be dead. This release marks Stiff Middle Fingers debut on vinyl.

Latest release in the Too Much Rock Single Series. This old-school, 45 rpm ripper contains one original track and one cover selected by the label. Side A, Iraqi Girl, is a grinding statement on American foreign policy, while side B follows suit with a cover of the TSOL song, American Zone.

Fast paced, wild as hell rock and roll with snarling vocals and squealing guitars. Straight up, no bullshit punk rock the way it’s supposed to be – fast, loud and gritty. This release marks The Bad Ideas debut on vinyl. SOLD OUT!

When The Troubles Come

"…socially conscious and politically driven...a swingin’ rocker that will have you moving quick. This record is tough as nails in more ways than one…clever and sarcastic… A commentary on the unfair and unjust, but it’s not a whine or a sob. This is a scream.” – I Heart Local Music