What's striking about Chess Club isn't their youth or their exuberant energy; it's the musicianship. This Lawrence, KS power trio's attention to detail will flat out floor you. The future is bright for this already veteran band.

You’re Lucky I Like You, the band’s newest album, is their most ambitious and best-sounding to date, firmly establishing the math rock/emo influenced mix of pop melody and low end growl developed in their previous releases. Tracked over just six days in two sessions at Weights + Measures Sound Labs, You’re Lucky I Like You captures the band’s musical virtuosity in full, high-powered fidelity, leaving listeners feeling like the band is live in the room with them.

Formed in the Summer of 2014 by singer/guitarist Griff Nelson, bassist David Kreji, and drummer C.A. Avery, Chess Club prides itself on the mantra of DIY or DIE, booking its own shows and producing its own recordings. In that spirit, the band treats every show as if it were a house party, breaking down the partition between performer and crowd to create an up close and personal experience. “What a thrill ride!” says I Heart Local Music, “There isn’t a single misstep in their performance, and their live shows are instant good mood-makers.”

Chess Club self-released its first EP, the 6-song Hi Sad in 2016, followed by the full-length, Hit the Ball*, in 2018 on Kansas City record label cooperative, Black Site, and the band’s own label, Select Start. In 2019, the band played some of their best shows ever, placing second at KJHK’s Farmer’s Ball, a battle of regional artists and bands, and later headlining Midwest Emo Fest in Wichita, KS. As a band that lives for the live show, Chess Club has toured up and down the Central US, playing basements and bars from the Gulf Coast to the Great Lakes, and sharing the stage with such notable acts as Tiny Moving Parts, Rat Boys, Joyce Manor, Mom Jeans, Free Throw and You Blew It!

You’re Lucky I Like You comes out on Black Site/Select Start in March 2021.

This 10-song blast from these Lawrence, KS math punks is redefining the Power Trio for the next generation. Packed with energy and solid musicianship, the future is bright for this already veteran band. This cassette marks the second release in the Barker Gee Memorial Scholarship series. 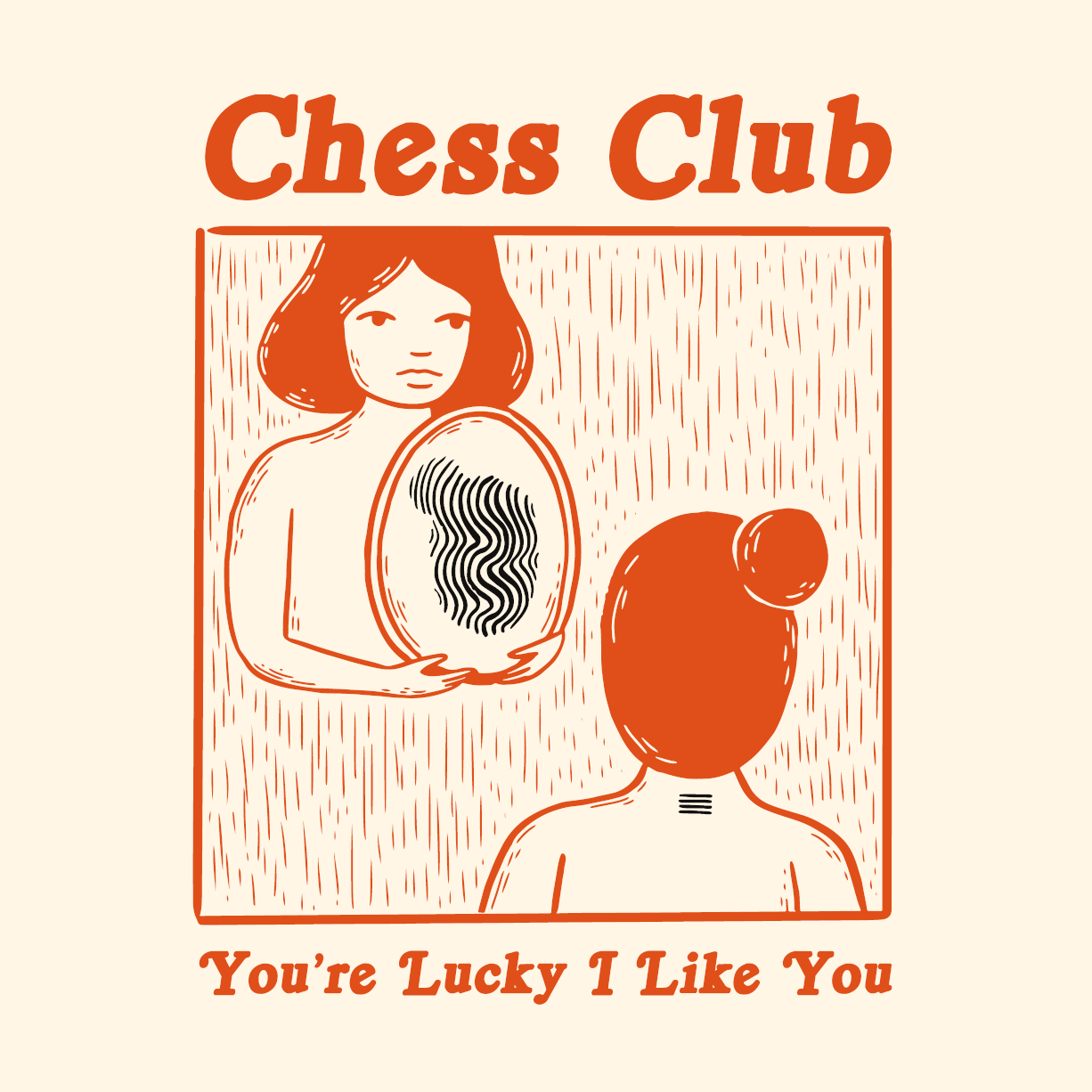 The second full-length album from the Lawrence, KS emo math rockers is their most ambitious and best-sounding to date, leaving listeners feeling like the band is live in the room with them.