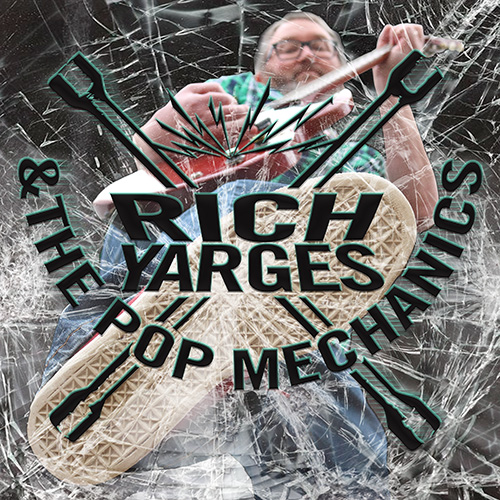 When the crowd starts chanting, cheering, and clapping along with the beat of “Throw Your World Away” midway through the first song on the debut album by Rich Yarges & The Pop Mechanics, understand that this is the way the singer/songwriter hears it in his head. It comes right after the refrain where Yarges sings “Are you Ready?” and it’s a joyful call to arms.

Are you ready for the first full album of newly recorded material from Middle America’s most tuneful and heartfelt songwriter in—count ‘em—23 years? Rich Yarges & The Pop Mechanics hail from Minneapolis, where Yarges moved in 2002, some five years after the breakup of infamous mid-90s Kansas band Truck Stop Love, which he’d taken from the garage to MTV to ABC and back. He’d endured other breakups too, but his friendship with Truck Stop Love’s final guitarist Jim Crego led him to Minneapolis and the long road back to playing, singing, and writing again.

You can hear it when his voice breaks and you can feel it in his lyrics—Yarges doesn’t just wear his heart on his sleeve, it’s thumping on the outside of his shirt while he plays. Although his Midwestern roots are quite clear, he doesn’t do Americana or whatever flavor-of-the-week genre you wanna call it, he does pop. Pure, genuine, guitar-based, honest-to-God rock n’ roll; songs about life that cut to the bone. There are dreams and hopes, the promise of the night, and what happens when things don’t work out quite the way you thought they would. The new album is about those things—those little things.

Luckily for us, Yarges is back in the saddle again with Are You Ready?—a record of 11 new tunes recorded with his hot, new outfit of rock veterans, The Pop Mechanics. Crego is there, of course—the guy who helped guide his pal back into doing the thing he loves so much, the thing he was born to do. And he’s not just a solid dude, Crego’s a tasty guitar player, accentuating that sweet classic Les Paul foundation with hooky licks that linger for days. In addition to his stints with Dragnet, God’s Favorite Band, and Truck Stop Love, Jim now fronts his own band, Jim Crego & the North Electric, worth checking out if you are reading these words.

The Minneapolis-Kansas connection is solidified again with Rob DeMarais, who played bass in Topeka’s Vitreous Humor, as well as Minnie’s The Grande Machine and Mondale Riot. His Grande Machine compatriot Pete Boulger, who also plays drums in Crego’s North Electric and Leslie Rich and the Rocket Soul Choir, rounds out the band. You see, these guys are lifers. They believe in the power of loud guitars, a good beat, some thumping bass, and a great song, and Rich Yarges & The Pop Mechanics have all of those things in spades.

So in Rich’s head, the chanting, the cheering—is real. And why not? After 23 years, he’s where he should be, digging a little deeper than most are able to go, playing his heart out with his pals, and enjoying every second of it. It’s clear now after hearing the album why we missed him so much—and how great it is to have him back. 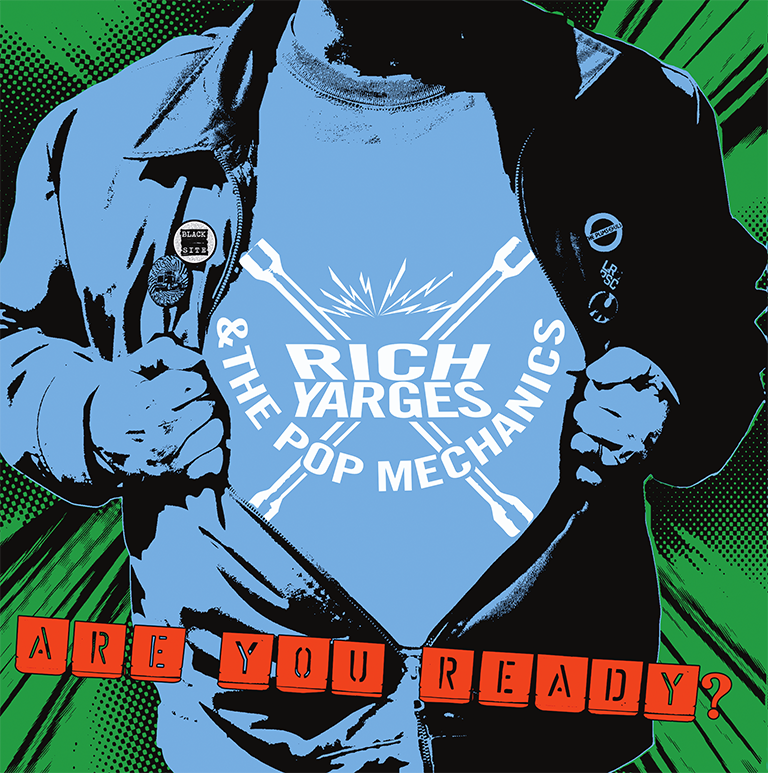 The first new songs in 23 years from former Truck Stop Love singer/guitarist, Rich Yarges - 11 tracks of genuine, guitar-based, honest-to-God rock ’n’ roll that will become the soundtrack to your summer. Drop the needle, crank up the volume and just try not to dance!