Wick and the Tricks is a glittering juggernaut of Rock-&-Roll that will leave you sweaty, smiling, and staggering home like a fiery one-night-stand. Ever since they crawled out of the trash soaked shores of the Missouri river and slipped into the streets of Kansas City, middle America has never been the same. Nationally infamous for their salaciously energetic performances full of political undertones, it's likely by the end of the show you'll either be making out or in a fist fight with one of them. Lucky you.

In the spirit of bands like the New York Dolls, The Stooges, and Jim Carroll the Tricks are carrying the torch of riot grrrl and queercore bands with some not so subtle nods to Joan Jett. They have played with such acts as Girl in a Coma, Punk Bunny, The Shondes, and Fea. Their most recent release, Not Enough, is a solid Rock-&-Roll album that will make you hop, skip, and jump into bed with the whole band.

The band are made up of a ragtag group of misfits... Relentlessly pounding the drums into the ground is Jojo Tornado, a force of nature that will literally blow your clothes off. Chris Stallion (the Italian Stallion) is a mysterious and subtle man of which not much is known... but two things for certain are he's HOT AS FUCK and plays guitar. Jane Asylum enjoys the finer things in life like fireball whiskey (sponsor us?) and bondage. When she should be playing bass she's more likely insulting Wick or trying to fight Jojo. These characters provide a hot-mess of a backdrop for Wick the Trick, villain and hero of this mad show of a band. Wick's stage presence brews a startlingly potent essence of sleaze laced with thinly-veiled social commentary that will keep you enraptured for an entire evening. Wick and the Tricks is a band with a mission, but hopes you're have too much fun to notice. 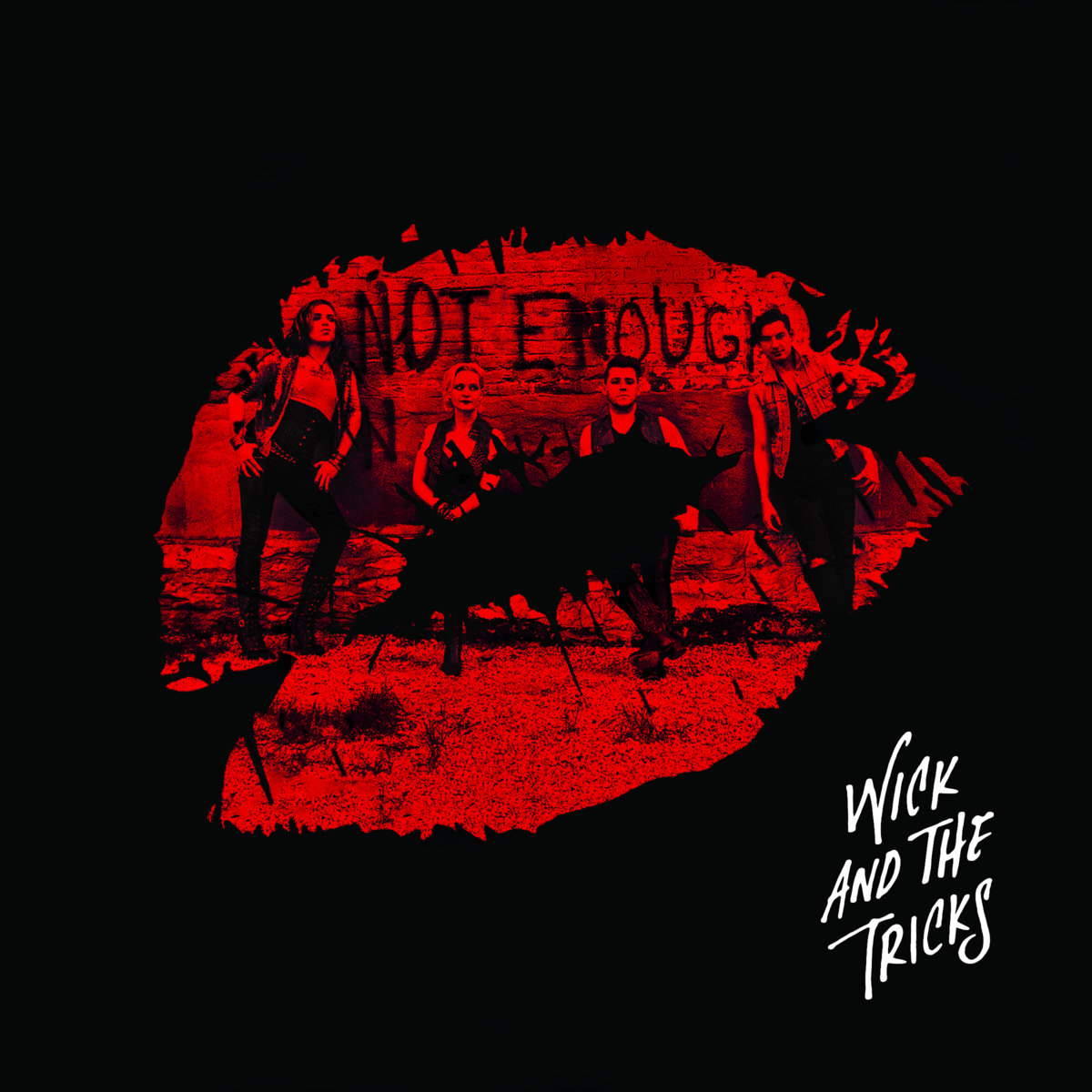 Debut vinyl EP from Kansas City's trashy, sassy queercore lovelies. Don't let the glam fool you; this is straight up rock and roll with a message.

We're Not Above It